Salvador, the most important city of the Portuguese colonial empire, such lively and colorful place where African rhythms still fuel life in the streets for the many descendants of slaves from bygone times. Even though both of us were excited to head into the wild in Chapada Diamantina National Park, Salvador turned out to be a perfect stop along the way. We’re glad that there’s a lot more to Brazilian cities than unsafe concrete jungles! 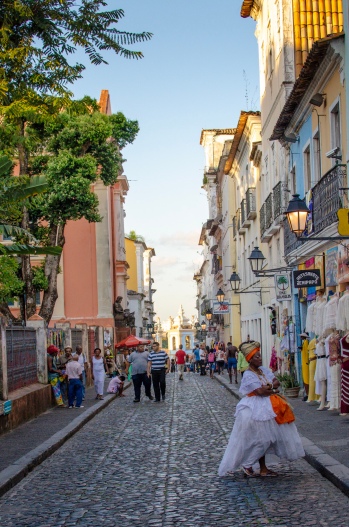 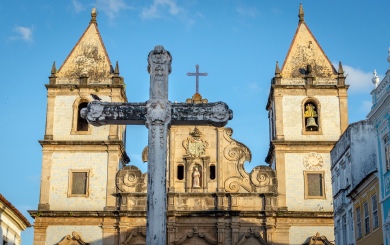 “Can you watch the backpack?” “Should we go this way?” “Do you see the street name somewhere?” “Ah, there’s our bus!”, yes, we were clearly in a big city again. Salvador’s airport is located some 30 km outside the city centre. The organisation of the 2014 World Cup football greatly improved transport infrastructure and there is a direct bus to the city centre now. At a fraction of the cost, however, we decide to take the regular public transport and get to the city by a metro and city bus combo. At the Salvador bus station – also 8 km from the centre – we have to catch this city bus, so we use the opportunity to buy our tickets already for the bus to Lençois the next day. Unlike most cities, we couldn’t find any info upfront on how to book these in the centre so we did not want to take the bet. Anyway, as long as finding the staircase in the bus terminal to the ticket offices is the hardest part of your day, you shouldn’t complain, right? But as always, there is a helpful Brazilian showing us the way. Also on the city bus the cashier – yes, job creation means multiple persons are required to drive a bus and handle the tickets – helps us out by suddenly giving us a shout when we arrive at the stop closest to Pelourinho, the area where most tourists stay. Who could have guessed that our huge backpacks and Hannes’ blonde hair gave us away as gringos – without offensive intentions Brazilians call tourists, and all foreigners for that matter, gringos. But the ticket man was right: we are staying in Côres do Pelo, centrally located in the Pelourinho neighborhood. Unfortunately it’s not our day when it comes to finding staircases. Again we struggle to find our hostel, walking past it multiple times, before we start checking the signs on the first floors of the colorful facades. There we finally spot the sign of this superbly located hostel. We booked it to fit our budget, but it turns out to be a real winner. The owners are extremely friendly and helpful and the balcony view is like a postcard of the Pelourinho square. Stefanie wasn’t really up for a big city again after seeing Fortaleza, but this sight in a late-afternoon-glow quickly changed her mind.

Seeing this, we can’t wait to wander about for what is left of the day. During the short tour of the hostel, we get the pleasant advice that this area is particularly safe to hang out because “there are more policemen than people here”. A few blocks down the road we have to admit it’s not really an overstatement: where ever we go, it’s hard not to have an officer in sight somewhere. And they don’t really hide themselves, positioned on the corner of a street and often armed as if they’re heading into urban warfare. It gives you the feeling you’re safe. But on the other hand it does make you consider why they are all there. It’s a stark contrast when we wander just out of the tourist area after dark: dimly lit streets are in complete lock-down and there is no police around. Luckily there’s no reason for us to be there as also the locals seem to enjoy increased feeling of security in Pelourinho: alleys and street corners fill up at night with a joyful crowd to share beers and cachaça on the sidewalk while the rhythmic percussion of rehearsing marching bands reverberates in the streets. So there is nothing left to do for us than mingle in these crowds and soak up the enchanting atmosphere. If a normal day like this is already filled to the brim with music and dance, we can’t imagine what carnaval in Salvador must be like when more than 2 million people hit the streets for “the world’s largest party”. 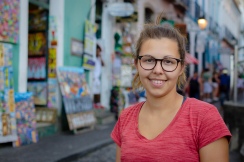 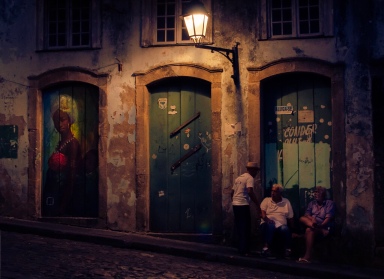 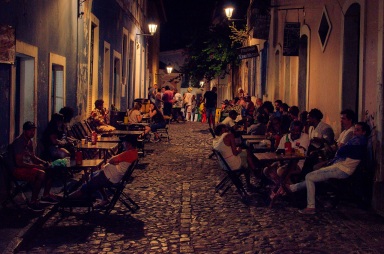 A private breakfast awaits us after a night with lively streets until dawn – we know because we were already awake after falling asleep at 9 pm, exhausted by 15 hours of travel the day before. Today we will explore the Barra neighbourhood, known for it’s three defensive forts and adjacent beaches. It is Saturday and that means the entire city, packed with coolers and speakers, would like a spot on one of these three modest stretches of sand. But we’ve had enough beach in paradise already so head for the oldest fort in South America: Forte de Santo Antonio da Barra, where the Museo Nautico da Bahia is located. Especially Hannes is interested in the great maritime history of the locals and later the Portuguese in the Baia de Todos os Santos. It’s a pity that the coverage on the former slave trade is a bit meagre. We would’ve expected more on these horrors for such an important city in the Portuguese empire. Apparently the Museo Afro-Brasileiro also touches on this topic, but we skip that – there’s only so much history you can process before a beer calls you to a bar. On a serious note, it does surprise us how rather positive the colonial era is pictured in here. No matter the gruesome facts, it seems like just another chapter that contributed to the different colors and cultures of modern day Brazil. 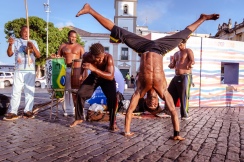 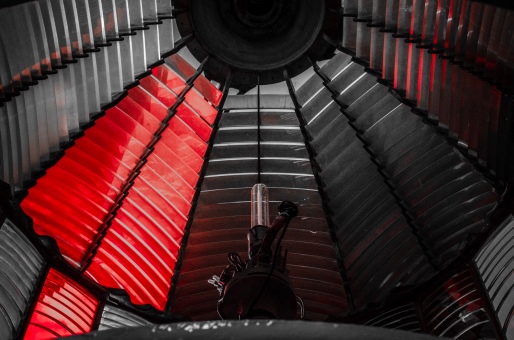 With enough beach and city culture for now, we are ready to head into the Brazilian nature of Chapada Diamantina. Time to pick a seat on the bus to Lençois.

… if we don’t miss it because we didn’t buy the pass that provides access to the departure platform. Luckily another helpful Brazilian manages to get us there right in time! 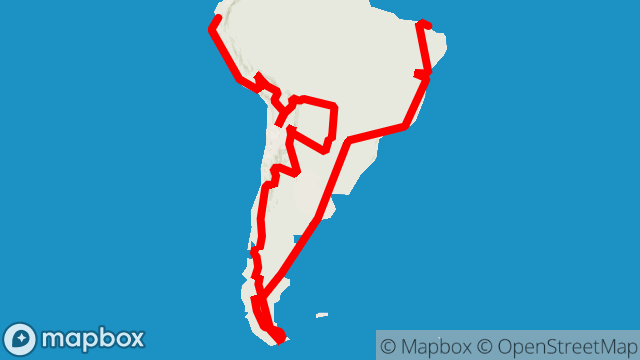